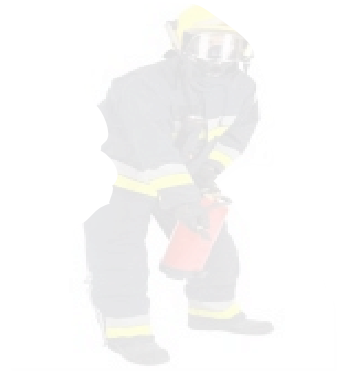 Methwold had its first fireman around 1938 after government legislation had been passed. Controlled by the Downham & Marshland Rural Council their firefighting equipment was located in Cowlishaw’s workshops. They had a trailing pump pulled by a large Buick car. Some of the workforce at Cowlishaw’s were fireman. Prior to this the earliest form of emergency fire equipment had been a series of buckets held in the village pound.

In the early days of World War 2 shortly after further government legislation called for standardisation in equipment a prefabricated building was erected in the Bell Public House car park next to the Drill Hall in the High Street. It was a single storey building with a bay for the fire engine on one side and an office and store room on the other. The call out system was by a siren and house bells. The fire messages were sent to the Cock Hotel at Methwold from the fire control at Kings Lynn. There was a button at the Cock Hotel which would be pressed immediately which rang a bell in the fireman's house and let off the siren to let them know a call had come in. The first fireman to the station would ring the Cock Hotel to find out where the call was, the address and what type of call it was.

In 1966, The Bell Public House was closed. As the fire station was in its yard, Norfolk Fire Service had been looking for a site in Methwold to build a new station, the old one was too low for a new fire engine to fit into. They bought the pub site, it was pulled down, except for the club room at the back, this had some work done to it and was turned into a temporary fire station. While the new one was being built in the place where the old station stood.

Much of the above information was extracted from ' The Area of Methwold and its People ' by John Younge who was a fireman from Methwold. 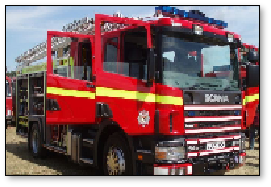 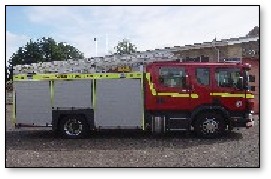 The station is one of five in the Western 3 cluster, which is managed by Station Manager Tim Edwards and comes under the West Norfolk District, managed by Group Manager Peter Holliday.

The station’s top priority is to be competent in role and to provide fire cover to the local area.  Subsequently they want to ensure the safety of the community by education, through the “Quick Strike” initiative (providing fire safety advice to the public at an incident scene)  and referring anyone over the age of 65 and without a smoke alarm to the “Home Fire Risk Assessment” initiative. 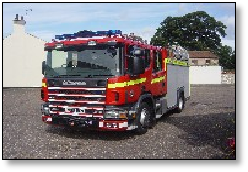 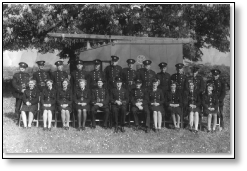 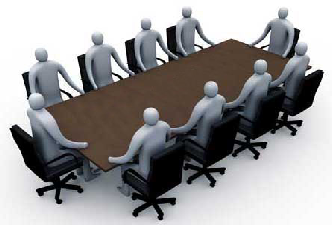 To see a larger version of this picture visit the Methwold History Group’s site. Click Here

Clip of Methwold’s Firemen from an Anglia TV programme on Methwold from the early 1990’s. This is as featured on You Tube