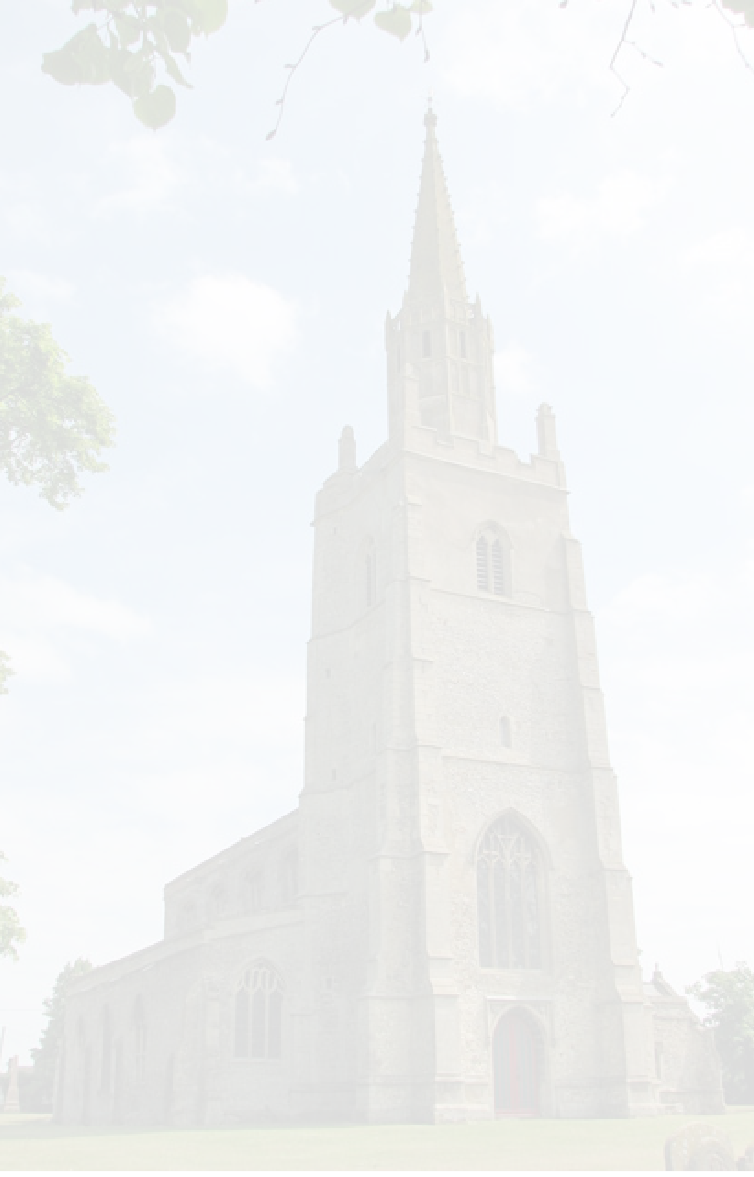 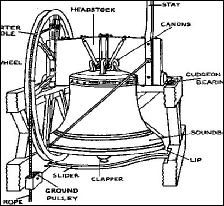 The Tower of St. George’s Church Methwold with its UNIQUE configuration of Tower, Octagonal Turret, and Spire

Today the 8 bell’s are hung one section lower than originally placed (where we see the louvers). This was to conserve the original building and put less strain on the fabric of this beautiful ancient structure.

The only downside to this being they are somewhat quieter than they would have been many years ago.

The Sound of Church Bells ringing through a village is synonymous with country life. Nationally, there are about 40,000 ringers who regularly ring for Sunday services as well as for special occasions, anniversaries and weddings. But more ringers are always needed. Everyone is welcome to learn, no matter what their age or abilities. So if you are interested, read on and find out what ringing is all about.

Methwold Tower Bell Ringers is a comparatively young organisation when you consider the church of St. George’s dates back to the 13th Century. This is because the bells had a period of over 50 years when they stood silent on the church floor. (See the history below)

What today’s Methwold ringers lack in history however they more than make up for in enthusiasm and dedication to the peal of bells that hang in the tower of St. Georges.

Every Wednesday evening throughout the year the team gathers on the platform above the vestry where they then practice the changes as they are called. The bells are then rung in earnest on a Sunday prior to the church service and of course to mark special occasions such as weddings, national events etc.

When the ringers were reformed in 1998 they were proud to be able to welcome back Reg Thornhill who had been part of the team to last ring the bells some fifty years earlier. Reg continued to ring with the team until 2008 when at the age of 90 he decided to retire.

If you are interested in learning to ring or if you know someone else who might be, we would very much like to hear from you

WE GET TOGETHER ON

Always keen to welcome back lapsed ringers and to teach new recruits.

Learning to ring is fun and, once the basics of bell handling have been mastered,

you have a skill for life.

Most people have the ability to become a good ringer

The present method of ringing began in the 17th Century when churches restored bells that had been lost or destroyed during the dissolution of the Monasteries. Before this, bells were chimed randomly, as still happens on the Continent. However, now a new mechanism was used. The bells were mounted with full wheels which allowed them to rotate through an entire 360 degrees to produce each sound. This revolutionary change meant that bells weighing several hundredweight could be controlled very precisely with minimal physical effort, allowing ringers to produce more even sound. This heralded the start of “change ringing”, the ringing of bells in pre-defined patterns of changes, called “methods”. Many of the methods that were composed then are still rung today. So whenever you hear bells ringing, think of the sound as a continuing tradition, which dates back many hundreds of years.

The Current Tower Team during one of their regular Wednesday night practice sessions. Plus, a short clip of training for the latest recruit Tina Camfield from Team Captain Alan Burbridge and also featuring long time ringer Michael Giles.

The team produced a fascinating and now historic DVD available which tells the story of the re-hanging of St. George’s bells. It takes you from the years spent on the church floor through the process of casting two new bells, and right on to the day they were re-dedicated. The team sells it for just £5 and runs for nearly 50 minutes.

Watch a short clip featuring some extracts from the film, but for a real insight into all the hard work that went in, why not treat yourself to a copy?

READ THE DETAILS? SEEN THE SWEATSHIRTS? NOW BUY THE FILM:

The Team in full flow

Clips from the full story

Two competitions are open to all bell ringing teams in the Wisbech District:

Independent judges listen to the standard of ringing outside the Church and mark each team on the number of technical faults. A team of Methwold ringers entered the Novice Competition, comprising:

The team had the lowest number of faults thereby winning the Novice Trophy. A team also entered the Methods Competition, comprising:

The team rang a Plain Hunt pattern and were successful in winning the prestigious Methods Trophy. It was a phenomenal success winning both trophies for the second year running especially as these were newly created teams.

My personal thanks go to all the ringers for their patience, dedication and commitment on practice nights and in the competitions, each of them are worthy winners.

Many family and friends came along on the night to lend their support which all maid for a great occasion.

British bell ringing is unique in the world with the bells rung through 360 degrees back and fourth at regulated distances to create their distinctive patterns. Methwold’s team is rightly proud in continuing the tradition which dates back 400 years.

St. George’s bells were re-hung in September 1998 in preparation for the ringing in of the new millennium, and as we said, having laid dormant for over fifty years due to structural concerns over the bell tower.  The tower was strengthened in 1988 and after much fund raising the original 6 bells were re-hung in a new frame along with 2 newly cast bells. These bells now span a period of nearly 400 years. The lightest bell weighs 200kg and the heaviest is 600kg. You don’t need to be a weight-lifter to ring a bell though as it is all in the technique and momentum is used to keep the bell in motion.

It takes about 6 months for a complete beginner to competently ring the bells and you don’t even need to be musically-minded, as sound patterns are varied by altering the sequence of bells as called by the Captain.

St. George’s has a dedicated team of 12 ringers and the ringing standard is constantly improving. They have won the Wisbech District Striking Competition many times which is no mean feat given the short length of service of the team.

The team are always looking to recruit new ringers though, to keep this ancient tradition going. Their services are certainly in demand - they ring for all services including weddings and for any celebratory events; not all the ringers attend the church services afterwards, so it is open to everyone.

As a group they also have an active social scene with events throughout the year such as BBQ’s, Car Rallies, Ten Pin Bowling, Quizzes a Christmas Dinner and various fund raising opportunities.

Everyone wanting to give it a try will be encouraged, so there is no need to feel nervous about going along; the members enjoy it and the sense of achievement is amazing.

Click Here To Read How “The Dream Became A Reality”

Join us for one of our popular

See the Methwold.Net “What’s On” -Events Calendar for dates & details!

“To Ring The Changes”

Change ringing is the art of ringing a set of tuned bells in a series of mathematical patterns called "changes". It differs from many other forms of campanology (such as carillon ringing) in that no attempt is made to produce a conventional melody.

Today, change ringing can be found all over the world, performed in a variety of media; but it remains most popular in the context where, in the 17th century, it developed: English church towers. These typically contain a few large bells rigged to swing freely: a ring of bells.

The considerable inertias involved mean that each bell usually requires its own ringer. Thus, contrasted with a carillon, in which a large number of bells are struck by hammers, all tied in to a central framework so that one carillonneur can control them all, a set of such bells is comparatively unwieldy— hence the emergence of permutations rather than melody as an organizing principle.