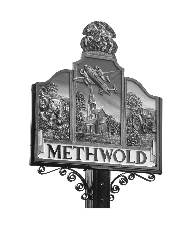 The Olympics on September 4th, was very different, with fewer sports to participate in, as well as less members in each activity. However,there was some razzmatazz as there was an opening & closing ceremony, & the launch of the Norfolk Olympic mascot! The event was also covered by BBC Look East & other media.

Thanks must go to all of the Methwold competitors who committed themselves to representing their village & overcame nerves, strong opposition from 10 other teams in the small village category, rain & a change of sport on the day! The amazement & delight when the results were announced made up for all the unknowns, & what seemed for some, to be a loss of  form! Everyone played their

part & that was well rewarded.

Special congratulations to Holly & Charles for winning the Junior Archery com-10 competition, receiving their gold medals by none less than the Olympian Archer Amy, who spent the day showing why she will be at London 2012!

Congratulations too, to Feltwell, with whom we shared the coach & mutual support, as they won team Gold for the middle size category.

The day ended in what has become a tradition, & thanks to the Social Club & Walter for hosting the BBQ. Who cared that it had

de-slugged beforehand? So, what prospect for winning Gold next year? Now is the time to dust off your trainers, read the manuals & turn wintry days into thoughts of success next summer! Further details of the day can be found on the Active Norfolk website www.activenorfolk.org

Congratulations to all those who took part in this first ever event, & contributed to the success of a brilliant result.

In June, the Methwold team qualified for this county event by coming second to Docking in the West Norfolk inter village(small village category)sports held at Lynnsport.